This Sunday, I join an event that was created by Bina Nusantara University and also TFI (Teach For Indonesia) and that event is called Charity Run.  The event was held on the 30th of October 2016. It started at about 6.30 A.M. and ended nearly about 8.30 A.M. The Charity Run is a 5 km run around Alam Sutera Downtown.  Charity Run were created to collect fund for the one who is suffering cancer which is supported by braclet of HOPE . By joining this running we are donating money from the registration fee which is Rp 100.000,-. These kind of events helps people to do exercise which is jogging/running.

There are lots and lots of people joining Charity Run. These are some photo taken before the event started + my Runner’s number 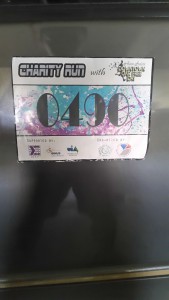 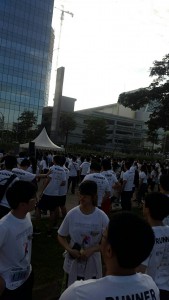 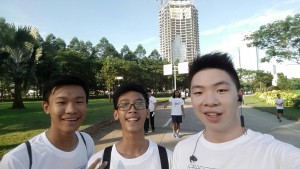 As we all can see, these days many people are getting overweight because of unhealthy diet each day. So, if some people wanted to donate money for those needy one and wanted to get fit, these kind of event would help them accomplish all of that. In their mind, they would also think that they run for the better good of other and help to motivate other to donate for the poor and get fit for the better self. Overall, by joining Charity Run, I get to spend times with my friend with exercise not by going into a cafe and talk. It also create a better bonding within friends and also I get to met with one of my old friend during the event. 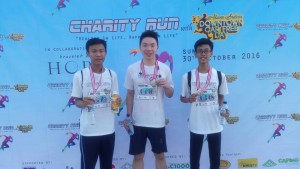 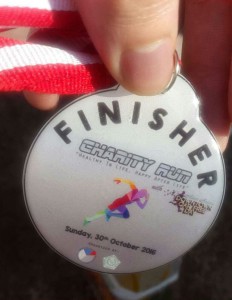 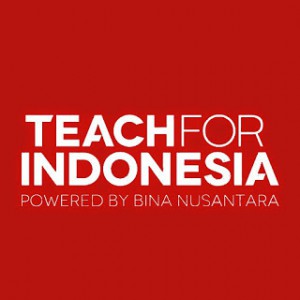 So, that is it about Charity Run, hope you guys could join it next year!! Good-bye!!!

This entry was posted in Uncategorized. Bookmark the permalink.